You know what? I’ve been in Thailand for a couple of weeks now and still have no idea how to say “hello”. I think the first time I asked how to say it, I couldn’t understand the person, so I just immediately gave up on the spot. I really need to step up on the language department, especially since I’ll be in Bangkok soon! But before I could go there, I had to make a run for the border to extend my visa an extra 15 days. It’s a common practice amongst backpackers who enter Thailand overland. If I had flown into Thailand, I would automatically receive 30 days; overland is 15 days. The closest country to me to extend my visa was Myanmar, formally known as Burma. It took seven hours to get there. I arrived at the border, walked through the other side of the gate into Myanmar, gazed around for a few minutes, then walked back through the gate to Thailand and presto! I had a new stamp in my passport with 15 extra days. Also, a Myanmar stamp. My passport is becoming filled with quite the collection!

It took about six hours to get back to Pai and from there about three hours to Chiang Mai and about nine hours to Bangkok. Whew! These overland buses are tedious and time consuming but loads cheaper than flying so I don’t mind. I arrived in Bangkok in the wee hours of morning, around 3:30am with no hostel booked in advance. I walked around with a German girl I met on the bus to find a place and we found one nearby the bus stop. Luckily, guesthouse we found had one more single bedroom available, but with no air conditioning. My room was small and basic, basically a room with a bed but with no sheet or blanket to tuck inside to. Come to learn that I really didn’t need one. Even at night, Bangkok tends to be a bit warm.

The next day, I woke up and went on the computer. Viola wouldn’t arrive in Bangkok until tomorrow so I had the whole day to myself. While on Facebook, I noticed that Lucy, and my gang from Laos (Tristan, Abe, Megan, Si, Meg) minus Claire were all in Bangkok! Not together, but separate on a weird coincidence. Lucy and Megan came together from Chiang Rai, Abe has been here for a while, and Si and Meg must have came here from Pai. I was surprised to see that Tristan was in Bangkok. He was supposed to be biking his way across Vietnam. Apparently his brother, whom he was supposed to ride with, fell ill so he cancelled the trip. I contacted them and made plans to meet up with Abe and Tristan at the cinema at the mall in Bangkok. I went over and couldn’t believe how massive this mall was! Definitely the biggest mall I have seen thus far in my life. Abe messaged me earlier saying to meet at the highest floor of the cinema, so thats where I went and waited for over an hour. No one showed and I had no way of reaching them since I had no phone or internet access. So I just went back to my room. Apparently there are THREE malls all next to each other with their own cinema. I guess I went and waited at the wrong one. They were waiting for me for about an hour too! Ooops. Later on that day, I met up with Lucy and Megan in Khao San Road in the epicenter of Bangkok. Along with them was a backpacker who shared the same dorm room as them. His name is Clint (Ohio, USA) and he met the girls the night prior. We all went to go grab some grub where we would be able to catch up. Lucy and Megan have both just finished up volunteering for a week teaching English in Chiang Rai. Lucy said she felt volunteering there was more rewarding than it was in Vietnam and South Africa. And amazingly, everything was free! Food and accommodation was their “payment” for helping out. What was next on Lucy’s plate? In a couple of days, she would be heading to Angkor Wat in Cambodia to visit Lex. Remember Lex is one of the volunteers we met in Saigon, who also writes a blog. After we ate and chatted up a bit, Lucy and Megan went off to do something while Clint and I decided to go grab a drink or two somewhere else. Clint is studying in the medical field and just took his MCAT exam the day before he came to Asia. This is his first time going abroad and has big intentions on traveling more so after. I shared with him some stories of my previous tales around the globe which I think just made him more pumped to see what else the world has to offer. We decided once Viola arrives in the morning, that we would meet up and hangout.

I still had intentions to meet up with Tristan and Abe the next day, but apparently we were all in complete opposite directions because the city of Bangkok is so huge! So for the time being, I went to the KFC on Koh Sao Road to meet up with Clint. On the way there, completely out of blue, I ran into Abe! It was great to see him again, and with good timing because he had to leave to the airport in about an hour. At KFC, Viola was also there waiting for us. Clint, Abe, and Viola didn’t know each other and so I introduced everyone. Everyone got along pretty great. Afterwards, I said goodbye to Abe (again) and the rest of us took a cab to the monster sized mall. The plan was to catch the 5:15 showing of “The Wolverine” at the IMAX Theater. I led them to the same cinema I went to yesterday but came to find out, it wasn’t the IMAX one. Whoops. It was in the theater in the mall across the street! We actually got lost inside both malls and ended up being too late for the movie. The malls were not only gargantuan, but built like a maze – a sneaky ploy purposely built to trap shoppers inside to buy things forever and ever! It was a ploy that worked on us. There was a Dairy Queen that was calling my name. And there was a wax museum that caught Viola’s eye, Madame Tussauds Wax Museum to be more precise. It was a bit pricey to get in, 800 baht. But Viola brought up the fact that sense we didn’t spend any money at the movies, that we should just spend it here. Clint and I could tell from each others “unenthusiasm” that we weren’t really interested in going, but Viola had this gleam in her eye that wouldn’t let us budge. So in we went!

I’ve had several opportunities to go into Madame Tussauds wax museum in the past in New York, Las Vegas, and London but never found them quite interesting enough to go in them. It was actually pretty fun posing with all the eerily accurate wax icons and I’m glad Viola and Clint were all about being as silly as possible as I was. 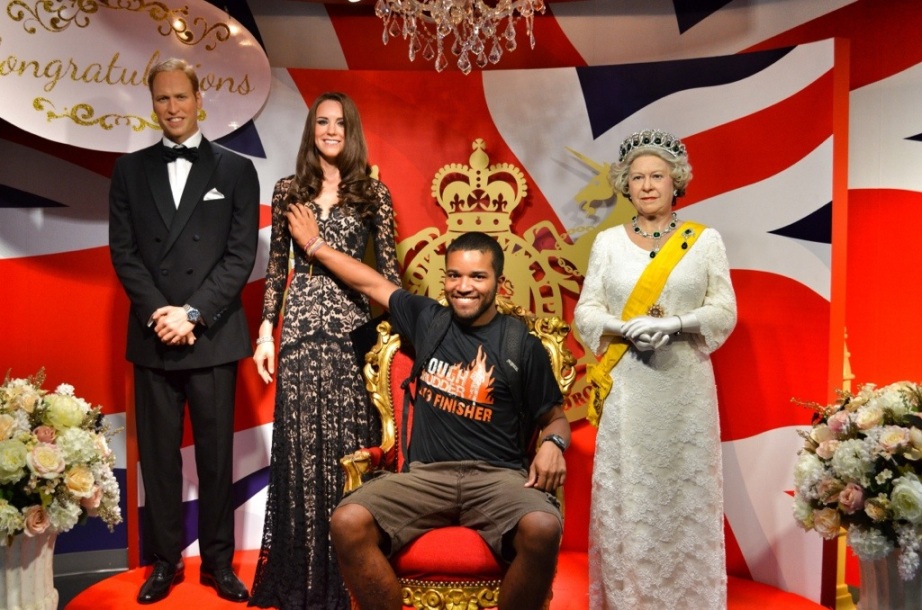 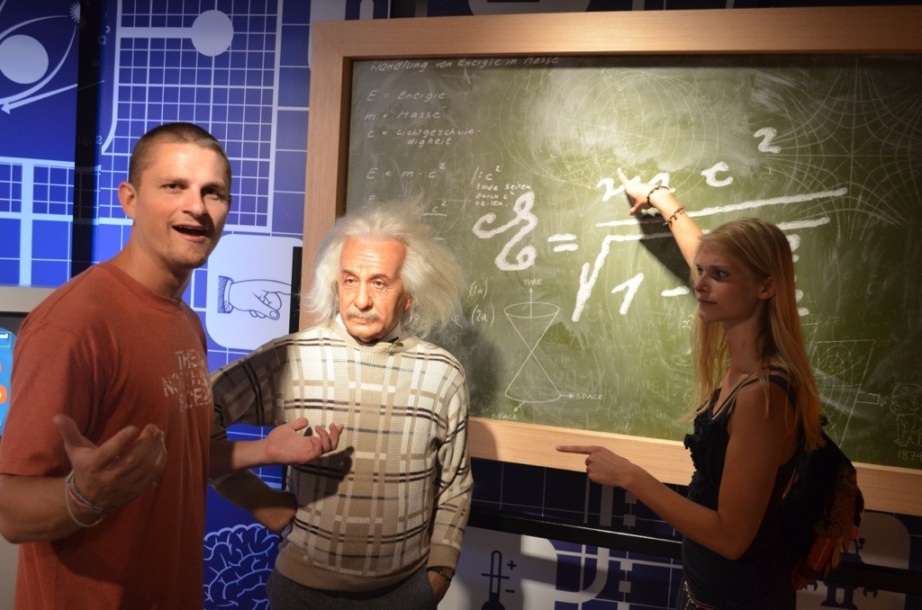 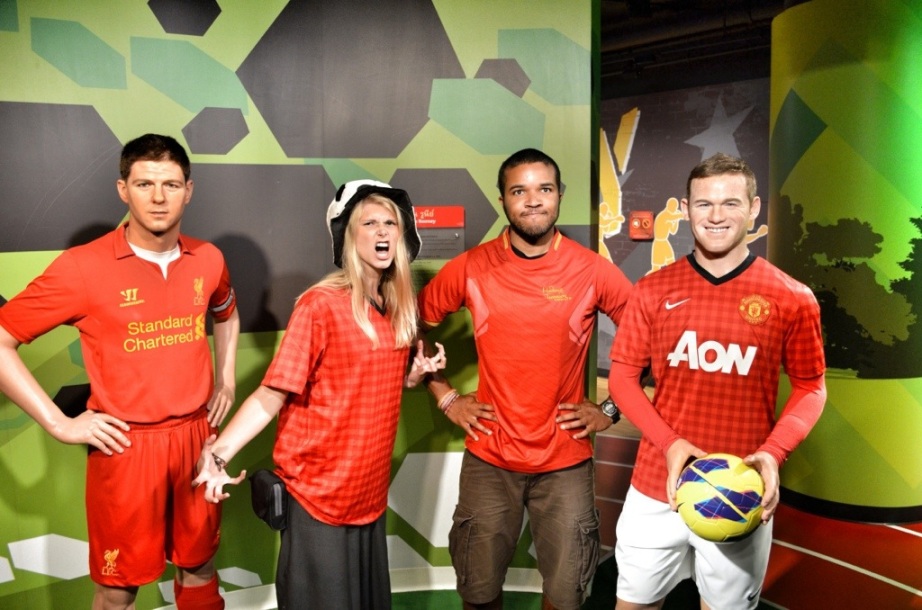 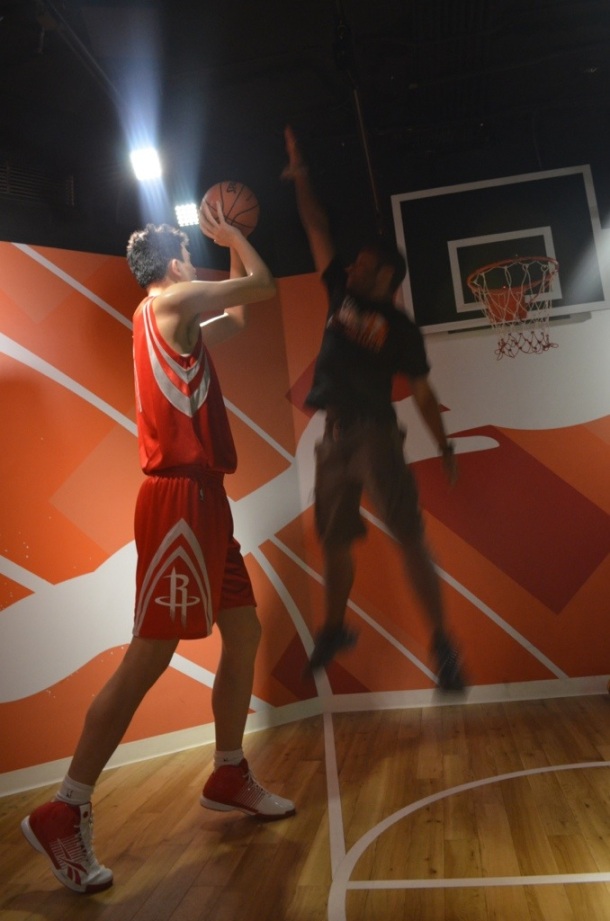 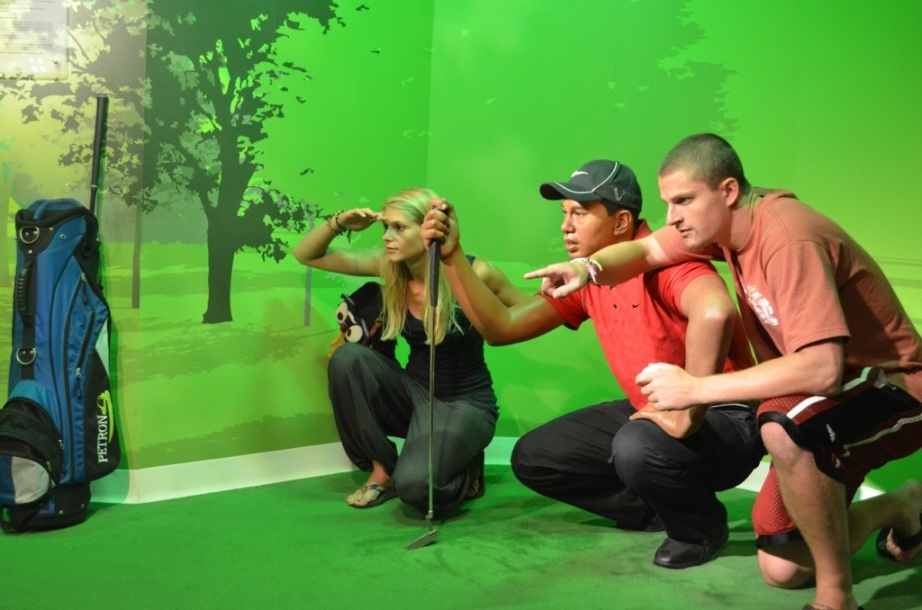 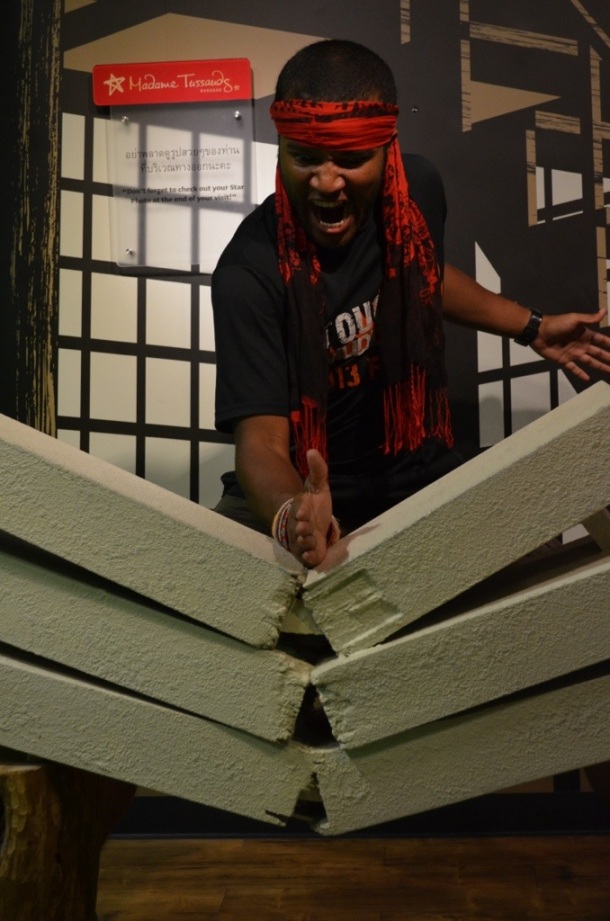 There was even a part where we got to be inside a video game. It was us versus a sumo warrior who never fought back. We kicked his butt about ten times! 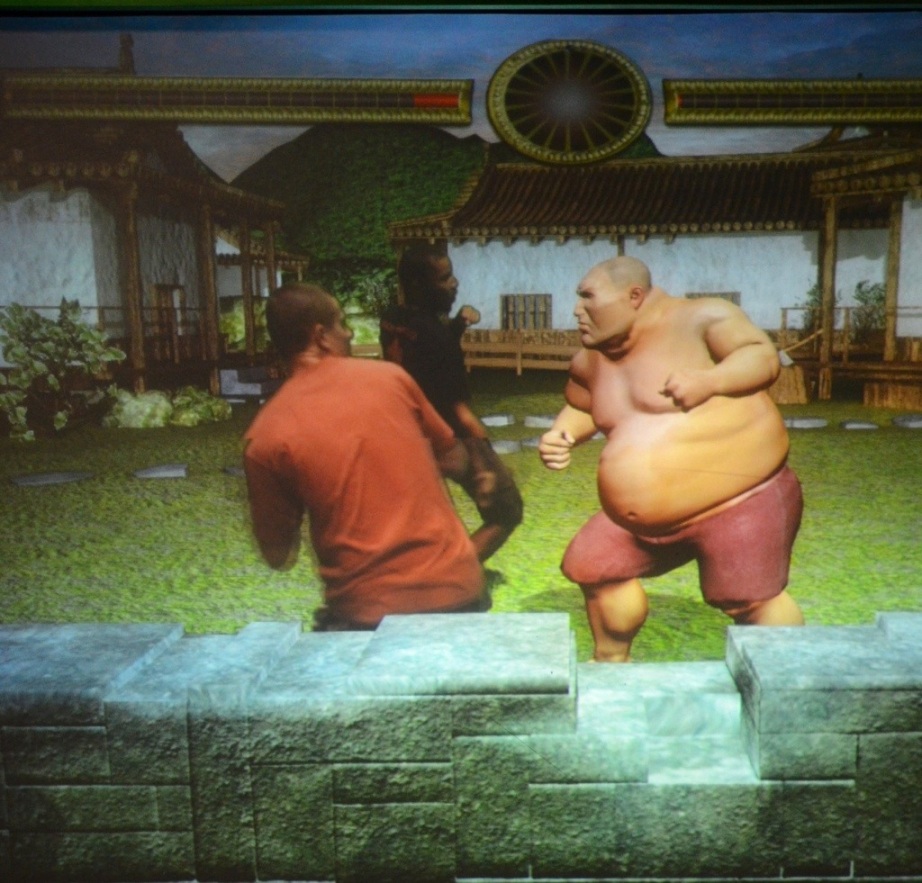 After some more time goofing off in the wax museum, we left the mall and went back to Koh Sao Road. Viola needed a nap and I needed a shower.

What we all did later that evening…well…I’ll tell you about it on the next post. Don’t judge me.