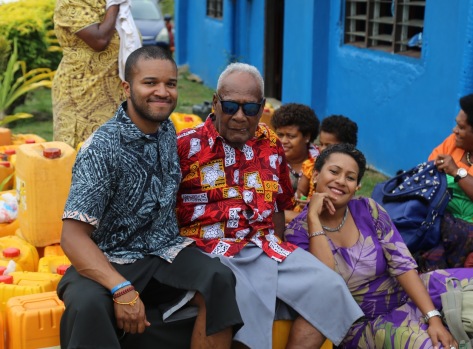 That was hard for me to admit for a while, as not to disrespect the locals who graciously offered me dozens and dozens and dozens of bowls filled with kava to drink throughout my time in here on the island. I chugged and chugged, my tongue and lips grew numb, and I eventually felt like I was high on something funky.

Kava is a popular non-alcoholic drink among Fijian locals. Technically a drug made from the kava ground root plant (Piper methysticum), it contains chemical ingredients that can produce the feeling of drunkenness, caused from the lactones in kava to be quickly absorbed into the blood flow and into the brain.

It’s ceremonious staple in villages where locals sit and gather around a giant wooden bowl as someone prepares the kava to be passed around for everyone to consume.

From my own experiences with kava, it’s completely social and the only time I’ve ever drank it is in the company of many other locals, while sitting cross-legged on the floor of someone’s home. It’s like how you’re at a party and certain friends run off and go to someone’s room or car to smoke weed with each other. It’s like that here except without the sneaking off part. It’s completely legal in Fiji and is a completely normal thing. 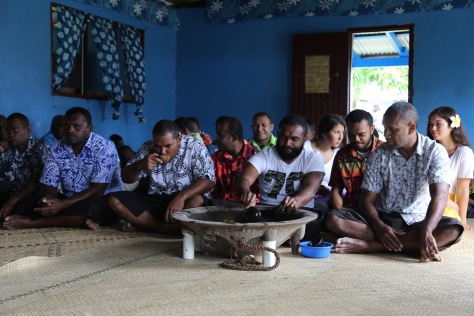 It’s all fine and dandy. I’ve had tons of kava during the past few weeks. Its something new and I wanted to fit into the community as much as possible. My only gripe with kava is that…

To describe the taste to you…just imagine a giant wooden bowl of water you’d get from a garden hose. Then toss in some dirt, mix it up, and add a dash of pepper and bam—you have something that looks and tastes like kava.

The person who makes it, sits in front of a bowl of water and adds the kava root (in powdered form) into what looks like an old knee sock. He proceeds to massage and crumple the sock in the water as if he were washing the socks and in turn washing his hands. Then once it’s been settled, he dips a bowl into the kava water and passes it around. Everyone shares the same bowl and the attention is focused on you while the others clap once or twice in unison. It’s a unique tradition that I appreciated but it didn’t change the fact that I disliked the taste. I’m also ignoring the fact that the person making the drink basically rinsed their hands in the bowl of kava—whatever I’ll live.

(Note: Many people I met loved the kava. Then there were also many who felt the way I did about it. If you are ever in Fiji, definitely give it a try and form your own opinion!)

It was during the second of two weddings that I decided I just about had enough and felt comfortable declining kava every time it was offered to me. And it was offered a lot! Probably because I was a foreign guest who resembled them.

I was invited to the first wedding after befriending locals I met at the Beachouse during my first week in the country. They invited me to my first kava gathering where I chugged about six bowls and during that time, one of them invited me to their son’s wedding which would take place the following week.

“If I can get the day off from teaching then I’m there!” I told him.

I had no problem getting the day off and was able to make the two-hour trip to the village along with two other volunteers I decided to bring with me. This is an experience I wanted to share.

I arrived in my sulu, a button up, and flip-flops, ready for…actually I didn’t know what I was ready for. The weddings I’m used to in the States involve a formal ceremony of the bride and groom and lots of drinking and dancing with family and friends the rest of the day. Here, I was game for whatever they threw at me.

Once we arrived to the village, I met up with a few of the locals and one directed us to sit in the meeting house for kava. Inside were about fifty villagers, all men, sitting on the floor surrounding a gigantic kava bowl. I sat down next to a guy in a red button-up who flagged me to come sit next to him and was immediately handed a bowl of kava to drink. Then another. And another.

What about the rest of these guys in the room? They would probably like some kava?

Although I blended in the crowd I also stuck out a bit. I had a bulky and expensive camera strung around my shoulder to document and I was sitting next to two foreign volunteer girls who obviously weren’t from here. So we were circled with attention.

“Where is the village chief?” I asked one of the guys across me.

“Right there,” he responded as he nodded his head to the man sitting next to me in the red button-up.

He didn’t look like any chief I had imagined. He blended in with everyone here and sat on the floor next to everyone else just like any ordinary villager.

What makes him the chief? It’s because he’s the eldest.

I started to feel heavy from the kava and my mouth was almost completely numb, but whenever the kava bowl was passed to me, I made sure to chug it as not to disrespect the chief. He was sitting right next to me observing my every move! But then again he probably wouldn’t care if I denied it since he seemed so laid back and at ease.

The wedding itself took place inside a small church inside the village.

The bride and groom wore traditional attire. One note about the bride, she looked unhappy as hell throughout most of the ceremony. I did manage to get a single shot of her cracking a smile.

I noticed that this wedding had everything they needed except for a photographer. I didn’t feel comfortable going around during the wedding snapping photos quite yet but I made sure to take some afterwards, with the intention of emailing them to the community.

I asked one of the men, how come they didn’t have a photographer.

“It’s very expensive,” he said with a humble smile. “We can’t afford one.”

Every wedding needs a photographer. The photos that come about become an everlasting symbol.

“If you have another wedding soon, I can photograph for you guys free of charge.” I offered to him. 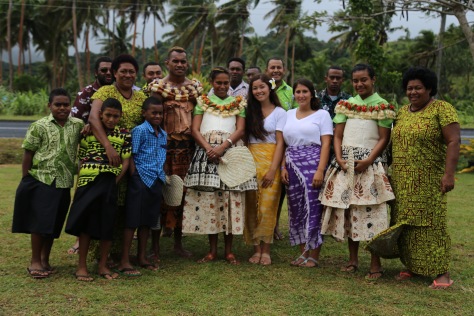 We spent the rest of the afternoon drinking more kava, playing with the kids, and eating the meals served to everyone who attended. The food took forever to come out but I sat in patience, getting drunk off of kava. I didn’t want anymore and began to politely deny whenever the bowls came my way…unless someone absolutely insisted! When the women were finished preparing the food, I was served a plate full of local delicacies including beef, cassava, and lots of steamed veggies. We ate it all with our bare hands too which added to the flare. 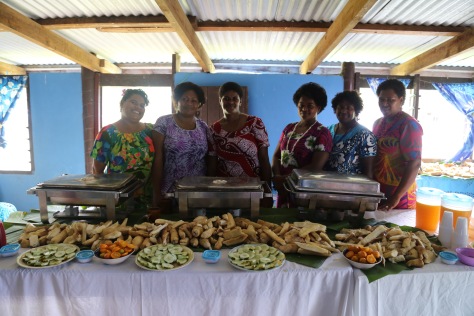 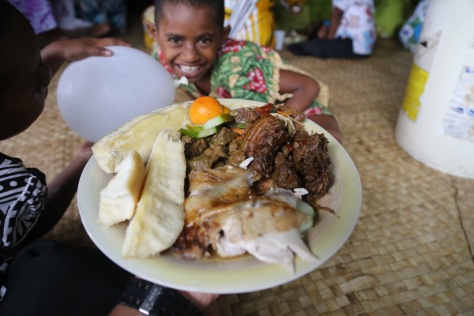 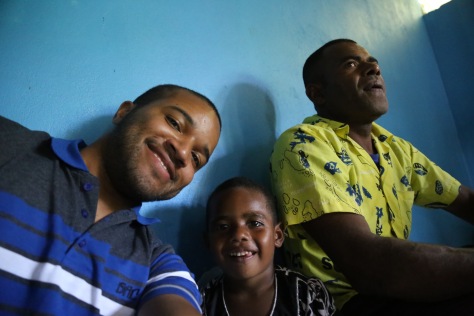 The second wedding was much bigger and attracted a larger crowd of locals from nearby villagers. I brought two different volunteers with me to experience it, expecting it to be much of the same as last time. This was totally different. I was told I’d be shooting one of New Zealand’s Rugby players. It wasn’t the All-Black squad, probably a player from a minor league. 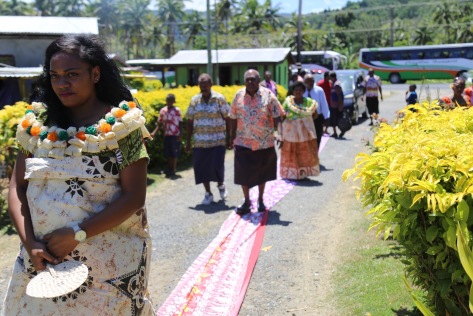 Since I was the designated camera guy, I made sure to take photos of everything as much as I could. It was a convenient, yet true excuse to avoid anymore kava. Everyone was all over the place and just like before the bride looked pissed off the whole day, which didn’t help with inspiration. I think maybe she was just extremely nervous? She was followed by parades of people taking pictures on their  Samsung phones, sometimes completely in the way of the guy with the professional camera here. As a mater of fact, I don’t thing the wedding party looked at me even once taking photos all around them. They focused on their family members snapping more so, which is understandable. I was a stranger there. 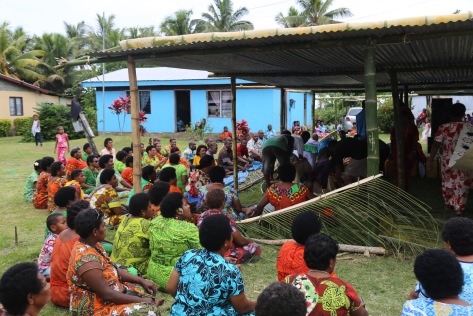 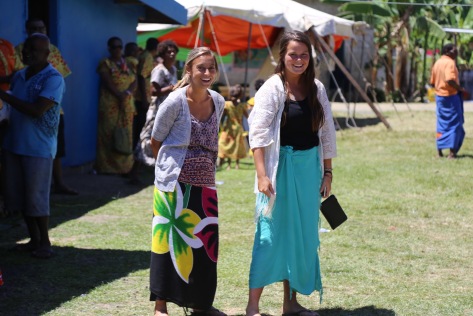 The ceremony was held in a church just outside of the village in the vicinity of a neighboring school; much larger than the church at the previous wedding a couple weeks prior.

I went all around snapping photos, trying not to disrespect any culture specific rules that I wasn’t aware of. I was a silent ninja and made sure not to be totally intrusive. I think I did the trick just right. 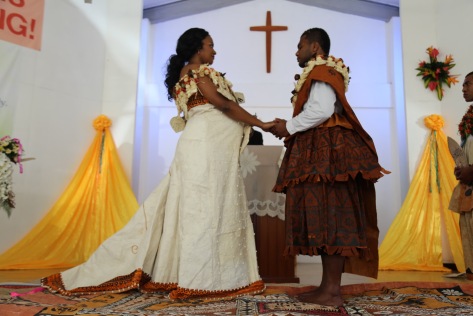 As neat as it was to witness another spectacle of a wedding, this wedding dragged on forever. It was mostly just standing and sitting around waiting for food and for the bride and groom to receive their gifts. I couldn’t stay all day, I had to meet the other volunteers later in the afternoon back at the Beachouse for the weekend. 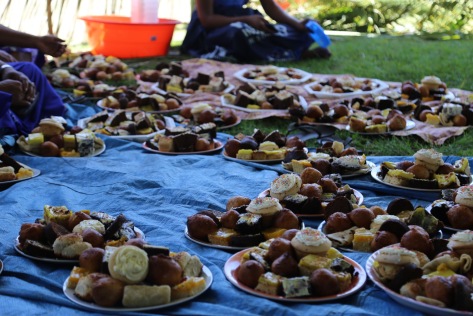 It was a long day, but I think my favorite part were the puppies I found near the quietest parts of the village.

How come no one was around playing with these guys? They had to be less than two weeks old.

Screw the kava! I could play with these pups instead. 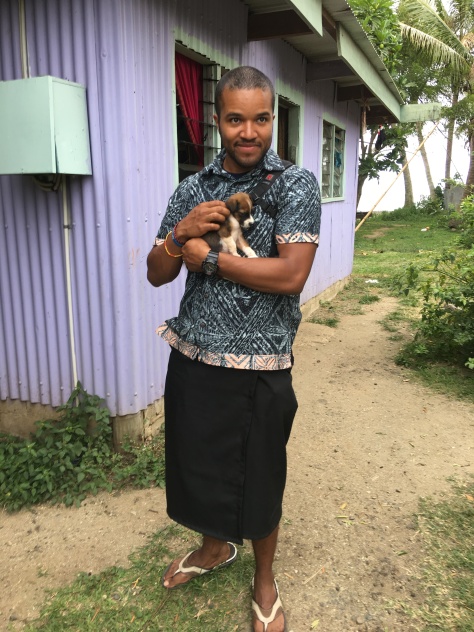 I said my goodbyes to them and told them I would make an effort to visit the village one more time before I left Fiji for good. 🙂

Still a long ways to go.
There was a violent lightning storm in Pokhara last night to kick off the start of the monsoon season here in Nepal. ⛈ This was captured with my GoPro from the balcony of my homestay in Pandeli, Sarangkot.
Sarangkot Sunrise 🌅 #nepal #sarangkot
It’s the penultimate day as a Class TENer for Ranjan, Roz, Sagar, Basanta, Saugat, Sandip, Bibas, Dhiraj, Sugam, Rohit, and Manish! 🎓 These guys have been together in the same class since babyhood and now they’ll all be going their separate ways to college. 🏫 I’ve known these kids since they were in Class 6 and have had the privilege to see them grow over the years. #nepal
My FAVORITE holiday in Nepal just happened where I can be a man-child and throw colors and blast everyone I see with water guns and not get in trouble! Happy Holi!!