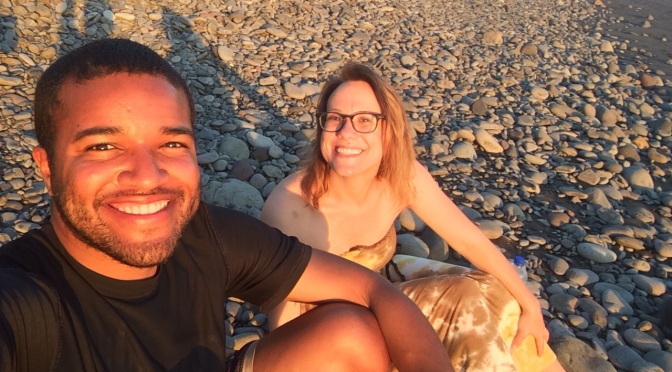 I’m going to miss this little life here in El Tunco: the cheap food, the chill vibe, the cheap food, the sunsets, the hamburgers, the ice cream, the wavy ocean, and the cheap food. I’d love to stay and hangout longer but it’s Saturday, January 31st which means that tomorrow is the Super Bowl! As an American, it’s my duty to watch it and I’ve managed to keep up with all the recent games and drama the past few weeks thanks to the Monoloco bar in Antigua. “Deflategate” has made headlines all around the world. I have to get to León, Nicaragua to catch the game. It’s an eight to ten hour drive from here to there, so if all goes well (which never happens) I’ll make it there right at kickoff.

Luke left a day earlier than me to León. I stuck around an extra day to hangout with Alex and Lucinda, two volunteers who came a couple of days later from Antigua. 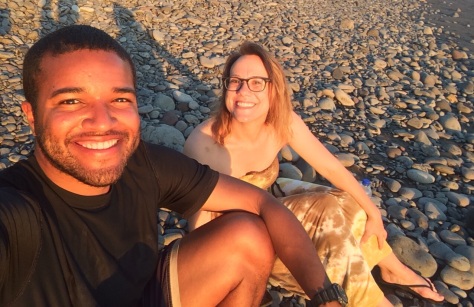 I also remembered to scoop a bottle of sand from the beach to take home with me and add to my slowly growing collection. 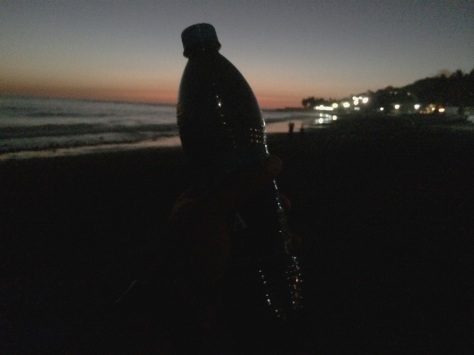 I booked a shuttle the following morning though. I wasn’t quite sure what time the Super Bowl comes on down here; the timezone is different. I said my goodbyes to Alex and Lucinda and headed to the shuttle station at 7:30am but because of delays with the border, my van didn’t arrive until damn near 11am! We gotta get a move on!

The road down through El Salvador was a long one. But at least we had air conditioning, wifi, and a movie to watch. The Dramamine I took earlier helped a lot so I was able to watch Ted along with the other traveling backpackers. There were ten of us packed in one van. Most of them from Australia, some from Canada, and one or two from the US. I had a window seat right underneath a vent so at least I was a little comfortable. I messaged Luke telling him that I was probably going to arrive around halftime. I’ll take what I could get.

In order to get to Nicaragua, we had to cross the border in Honduras and Nicaragua itself. When we finally arrived in Honduras, it took us forever and a day to get our passports stamped. 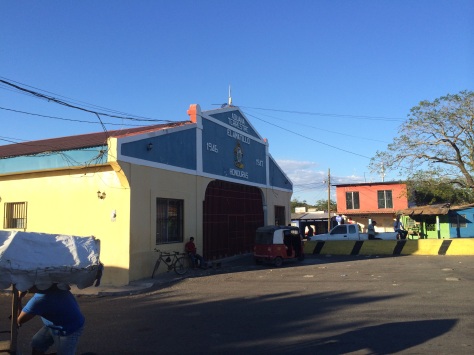 No one else seemed concerned that we were racing against a ticking-time bomb. Probably because none of them except for one was American. At this pace we were going to miss the Super Bowl. I still remained optimistic that I would at least see the fourth quarter, which is usually the most exciting anyways. I had no clue who was performing the halftime show so I couldn’t have cared less about that.

It was nine-something at night. I gave up all hopes that the game was still on. Still I held a glimmer of hope. I began to doze off before we finally arrived in León. I got out the van and as soon as I retrieved my heavy backpack, I beelined straight to the Bigfoot Hostel, my accommodation. It was only a few doors down. I stopped at the window of the hostel and saw the tv at the bar on. The score was 0-0. The game has ended and they were showing the highlights. I saw Luke sitting underneath with a beer in hand. He turned and saw me when I let out a big groan.

“I thought you were lost!” said Luke.

“No,” I replied. “We had some issues this morning.”

“You missed a good game!”

Those words poked at my nerves. People at the bar boasted about how this was one of the best Super Bowls in years. And I missed the whole thing.
At least the Patriots won. I should have left El Tunco a day earlier. I was beating myself up for that.

Still I was starving from the long ride. I went with one of the Canadian backpackers to get some street food around the corner, which was mighty good. 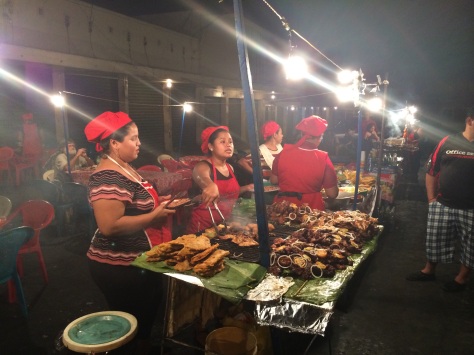 “Dan, are you up for volcano boarding tomorrow morning?” asked Luke.

My spirits were lifted.

Every year class 9 and 10 get together to take a group photo. Later this photo is framed and presented to the students of class 10 as a pardon gift from class 9. #pokhara #sarangkot
Still a long ways to go.
There was a violent lightning storm in Pokhara last night to kick off the start of the monsoon season here in Nepal. ⛈ This was captured with my GoPro from the balcony of my homestay in Pandeli, Sarangkot.
Sarangkot Sunrise 🌅 #nepal #sarangkot
It’s the penultimate day as a Class TENer for Ranjan, Roz, Sagar, Basanta, Saugat, Sandip, Bibas, Dhiraj, Sugam, Rohit, and Manish! 🎓 These guys have been together in the same class since babyhood and now they’ll all be going their separate ways to college. 🏫 I’ve known these kids since they were in Class 6 and have had the privilege to see them grow over the years. #nepal