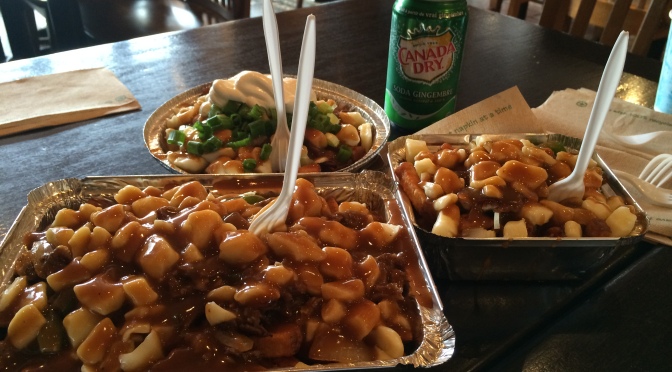 The idea to go to Vancouver has been in the making since last summer. You see, I have many Canadian friends and one of them lives in Vancouver, British Columbia. Her name is Lana. She was part of my team that successfully climbed to the tip-top of Mount Kilimanjaro. Another Canadian friend of mine lives in Edmonton, Alberta. Her name is Katie and she joined Lana, a few others and I on a week-long trip to the tropical island of Zanzibar. 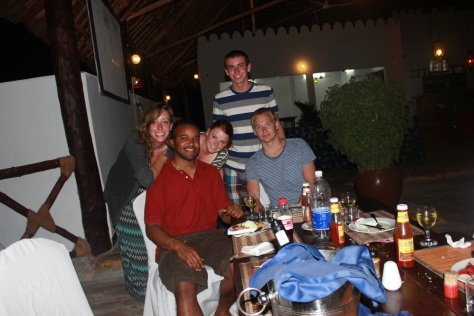 The plan was for Katie and I to fly over to Vancouver for a few days in February and hang out for a bit. I haven’t seen Lana nor Katie since Tanzania almost two years ago so I was pretty pumped to see them again. After a long flight from Detroit to Vancouver, I walked through the airport to find them standing with a sign they made for me.

How nice! We took a quick train towards downtown Vancouver, where Lana resided. She lives in a pretty cool apartment with her sister who is never home. After getting settled in, I had one thing on my mind. There was something I wanted more than anything at that moment, that only Canada offers best. That something was poutine and Lana knew the place that had the best poutine in town! 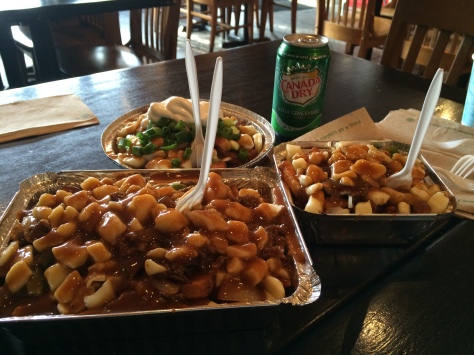 Poutine is a popular Canadian delicacy that isn’t quite suitable for breakfast, lunch, nor dinner. It’s perfect for that time when you’re feeling like a fat kid and just want to satisfy all of your inner cravings. It’s a load of fries smothered and covered with mainly gravy and chunks of cheese curds, then topped with everything else you might like. That big one in the picture above is mine and yes I finished it all! I love me some poutine! You gotta try it!

Afterwards, to get a good scope of the city, we rented tandem bikes and rode along the shoreline of downtown. 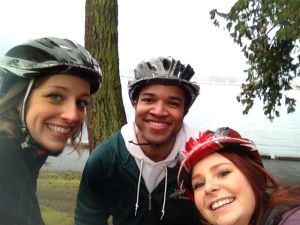 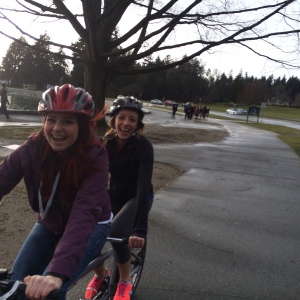 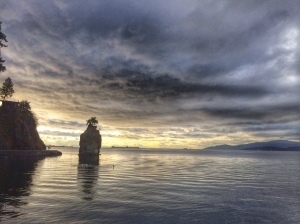 The weather was consistently cloudy and wet, reminiscent of the gloominess of Seattle, but it was still better than the polar vortex that was wreaking havoc on my end of North America where I lived. It started to rain a touch, scattered around the area here and there, but not before we found these cool smiley statues! 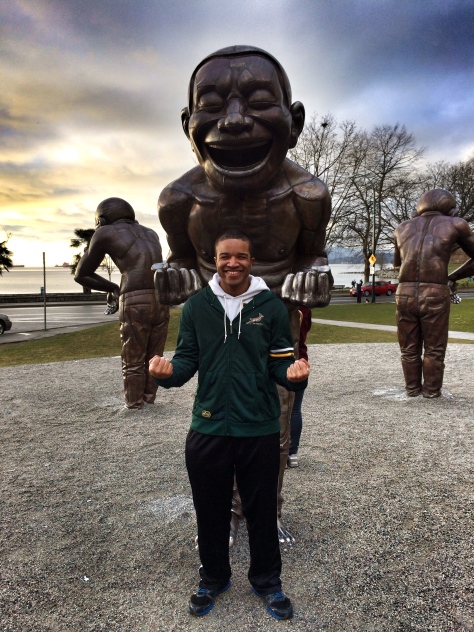 Afterwards, we returned our bikes and picked up some red wine from around the corner and played the Canadian version of Cards Against Humanity. As of this post I still have never played the American version, but it was similar to how I expected it to be. Pretty ridiculous, but fun! 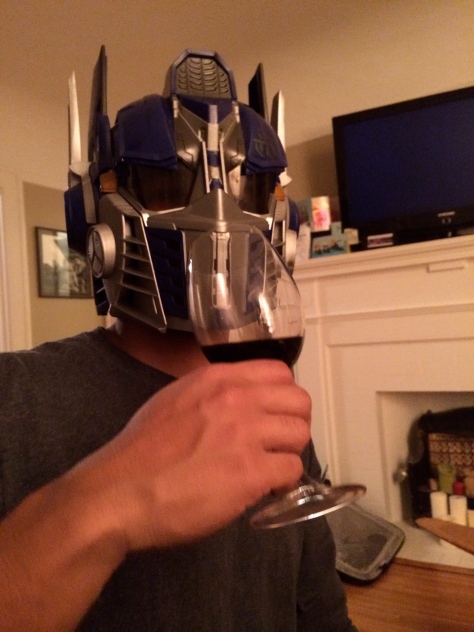 We wanted to meet up with some of Lana’s friends that same night, so we took a cab downtown and popped up at a pub where there were loads of people and a reggae-ish band playing on stage. It was a really great time! 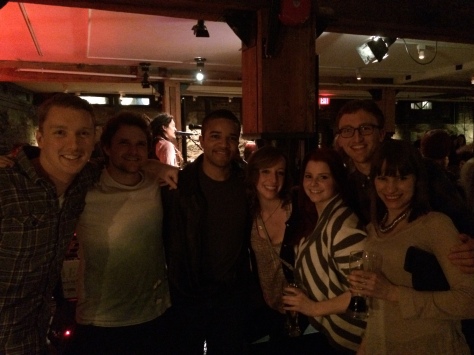 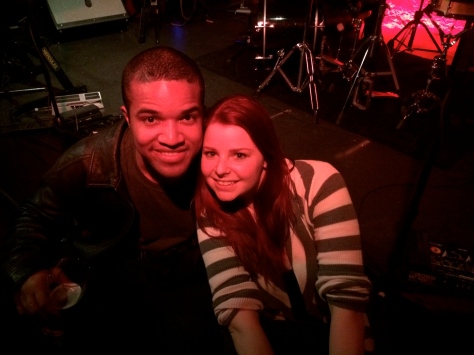 Maybe it was too great? Immediately after, one of Lana’s friends took us all into his office building to continue the shenanigans and that’s when I drew a blank. I just remember that at one point, I exited the bathroom facilities and walked into an empty office workplace. Where the heck did everyone go? I took the elevator downstairs thinking everyone went there, but still no one. That’s when I found I couldn’t go back up stairs because I didn’t have an elevator key. We may have gotten a little nuts that night but thankfully, one of Lana’s friends found me trapped downstairs on the first floor of the building. “We found the American!”. I reunited with everyone and graced with some of the best pizza I’ve had in a long time. Turns out everyone went to the roof looking for me, when actually, I was in the bathroom vomiting whatever the heck I was drinking at that pub. I must have been in there for a while! Thankfully, I was surrounded with good company.

Yup, we did a whole lot in the friendly city of Vancouver. I even tried maple syrup glazed candy salmon. Not a fan. 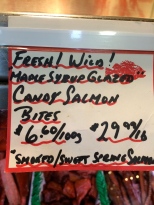 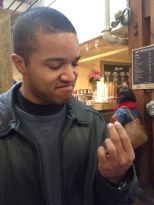 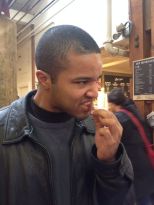 This was just the beginning of my cool stay in such a cool city. Soon, the three of us would head up north to Whistler, one of the best places to ski in North America!